Iftakar Chowdhury’s Bizli Movie first look. Iftakar Chowdhury is a Bangladeshi-American film actor and director. He started his career as a director with Khoj: The Search. The film was released in 2010, and introduced new technologies in Dhallywood.

Jaaz Multimedia has published a post yesterday with the poster of “Bizli” Boby’s another movie. Censor Board approved the movie on 27 February said Bobby. 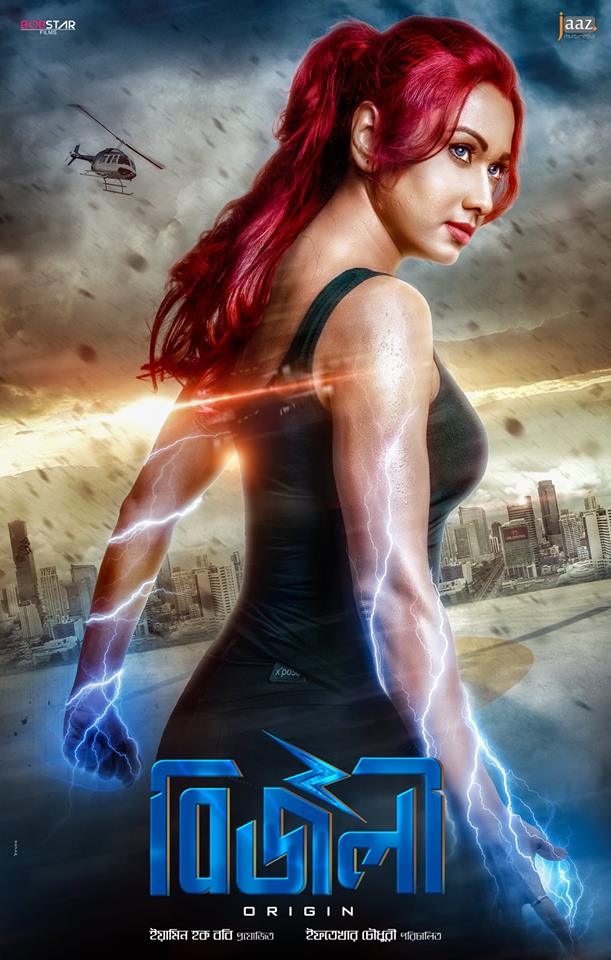 Bobby will be seen as a superwoman on the movie which is new for Bangladesh. Hollywood and Bollywood are known to this kind of movies but Dhallywood is new to superhero super heroin type movies. So it will be a great movie the production is saying.

Here is a song from Bizli Movie