Ultra Edge is going to add on BPL from this Saturday.

After facing many problems Ultra Edge System to be added to Bangladesh Premier League (BPL).

There have been many mistakes in the past few matches which are easy to see; The news was published in the world media.

Decision Review System (DRS) was the new addition to the BPL. But it was not with Ultra Edge. The players had to accept so many wrong decisions.

Finally, the media committee chairman of the Bangladesh Cricket Board, Jalal Yunus told the solution of this problem. 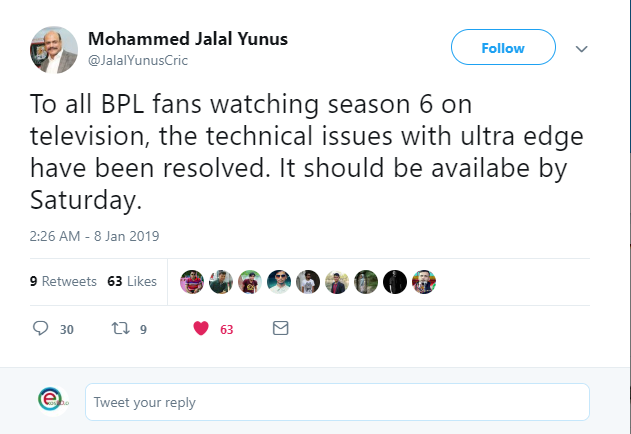 He said on his twitter post “To all BPL fans watching season 6 on television, the technical issues with ultra edge have been resolved. It should be availabe by Saturday.”