State Minister for Foreign Affairs Shahriar Alam said this information in a Facebook post on Thursday noon at 12:22 minutes.

During a celebration of Independence Day on Wednesday evening, a delegation from Murray Bose formally informed Bangladesh Ambassador to the United States Mohammad Ziauddin officially about their decision.

In a statement, Mouilul Bose said, “People of Bangladesh remember the courage of the Father of the Nation Bangabandhu Sheikh Mujibur Rahman and the bravery of the freedom fighters on this day.” 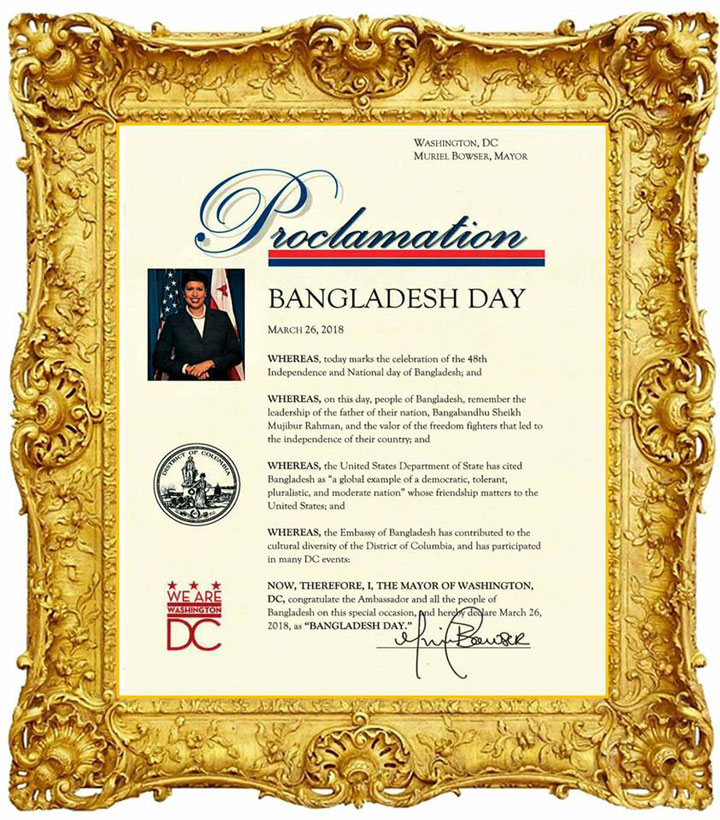 He said the US Department of State has already referred to the world as a country of democracy, tolerant, pluralistic and moderate nation.

The Mayor of Washington said that Bangladesh Embassy is contributing to cultural diversity in parts of Colombia District.

Changing English spelling of five districts of the country