A vintage Shane Watson put up an exhibition of power-hitting in front of a packed Wankhede crowd as he struck a memorable unbeaten century to power Chennai Super Kings to their third Indian Premier League title.

His unbeaten knock of 117 capped off a memorable night for CSK as they marked their return to IPL fold after a break of two years with a third title, equalling the record of Mumbai Indians. 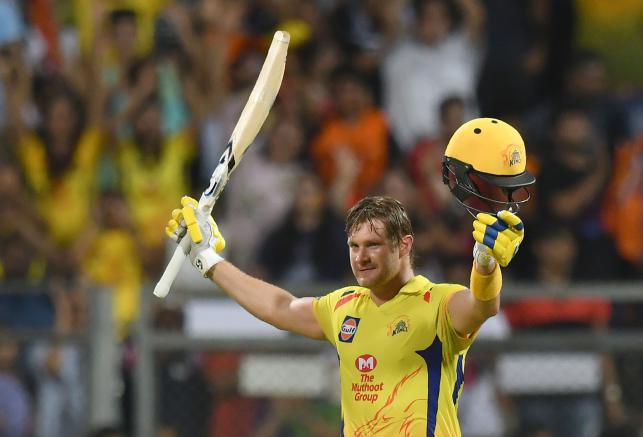 The 36-year-old Australian hit eight sixes and 11 fours in his stunning 57 ball innings as Chennai took just 18.3 overs to overcome Hyderabad’s 178-6 off 20 overs.

Chennai finished on 181-2 to crush their opponents by eight wickets. Ambati Rayudu was also unbeaten at the end on 16 in Mumbai’s Wankhede Stadium which was packed with more than 33,000 people.

Chennai, IPL winners in 2010 and 2011, were banned for two seasons in 2015 along with Rajasthan Royals after team officials were found guilty of involvement in illegal gambling.

Sunrisers Hyderabad 178/6
10 RUNS! Shardul Thakur struck with the last ball to dismiss Carlos Brathwaite (21 off 11 balls), after the West Indian hit a six in the penultimate ball. Yusuf Pathan remained unbeaten on 45 off 25 balls, which included two sixes and four boundaries