Dancing Track of Pashan Breaking on Monday. Jaaz Multimedia has published a post yesterday about Pashan Movie song and a poster of that song.

Actress Bidya Sinha Mim will be starring in her upcoming film “Pashan”, directed by Saikat Nasir and will star West Bengal actor Om alongside her. She will be playing the role of a journalist in the film. This will mark the actress’ 10th film. 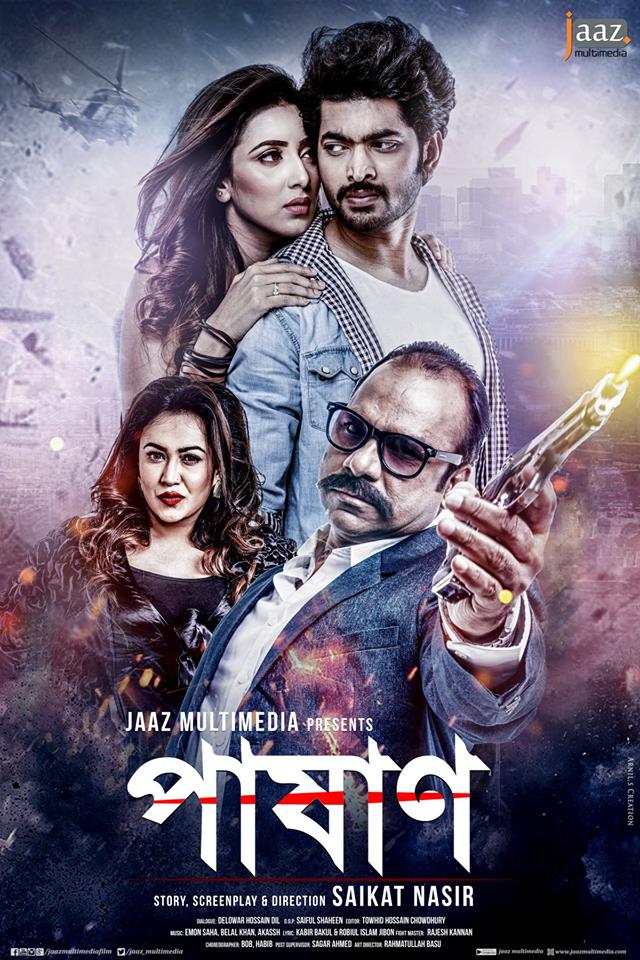 Pashan Releasing 23 March In Your Nearest Cinema Hall!!
Here is a new poster of Pashan ! ! Directed By Saikat Nasir !

Lux Superstar model-actress Bidya Sinha Saha Mim is all set to appear in her 10th film, titled ‘Pashan’ directed by Saikat Nasir. Popular West Bengal actor Om will be acting alongside Mim in the film. They appeared together before in the film ‘Black’. DhakaLive has news that Mim will be taking part in the shooting of the film from September 27. In the film, Mim will be playing the role of a journalist.